"A superbly balanced Chardonnay from a single vineyard in Sonoma's Russian River Valley.  Rued Vineyard is a unique piece of property, lying just five miles from the ocean.  I love the 'sea spray' minerality here, which adds an intriguing tension to the tactile palate.  A very foodie wine."  Cristie Kerr

Tasting Notes
Bright gold in color with a luscious bouquet of sweet citrus and mellow vanilla. In the mouth it very vivid – tense and textured with flavors of fresh-cut white flowers, pear, lemon curd, and a hint of Maui pineapple. The generous mouthfeel is balanced by crisp acidity, making an elegant and flavorful finish. This is really a crowd-pleasing wine, drinking beautifully now and through to late 2022. Ideal serving temp: 63°F (preferably in a large white Burgundy glass!).
Wine Specs Agro Ad Amphorum Philosophy Video
Blend
100% Chardonnay sourced from Rued Vineyard
AVA
100% Malolactic Fermentation
Aged
100% French oak barrels (20% new oak, 80% 2nd & 3rd fill). Aged sur lie with batonnage every 3 months
Alcohol %
14.2
Winemaker
Helen Keplinger
Winemaker Notes
Whole bunch fermentation for a softer press and to preserve acids and flavors
Harvest Date
Hand harvested October 2018 at night
Agro Ad Amphorum
Latin Translation: From Soil to Bottle
2018 was a slow vintage to get going along the Sonoma Coast. A cool spring in the Russian River meant the vines were in bloom for longer than usual, although the fruit set was consistent and the growing season long, so it all fell into place. We sourced the Chardonnay exclusively from the organically farmed Rued vineyard because of its locations and the quality of Ulises Valdez's vine management. Lying just five miles from the coast, there's an alluring mineral character to the Rued Chardonnay which we just love.

Helen Keplinger specified two separate blocks of vines lying at two distinct altitudes and aspects within the vineyard. The fruit was night-harvested to capture all its fresh character, then fermented in barrel as whole bunches with only a soft press, bringing out as much of the acid structure as possible. Helen let malolactic fermentation occur in the barrel, and the wine was aged on its lees for three months. It was developed for a further 12 months – 20% new and 80% used oak – to soften and develop the wine's rounded, fruity core.
Philosophy
2018 was an exciting vintage for the Sonoma Coast, and with our 2018 Chardonnay, we wanted to capture the unique character and essence of the Russian River Valley terroir. The wine is 100% Chardonnay, sourced from two separate blocks of the impeccably managed and organically farmed Rued vineyard. Pair it with scallops in a lemon beurre blanc sauce, or a creamy asparagus and Parmesan risotto which will really help bring out the wine's yin-yang balance of coastal freshness and ripe fruit complexity.

Tech Sheet
Add a gift box to your order 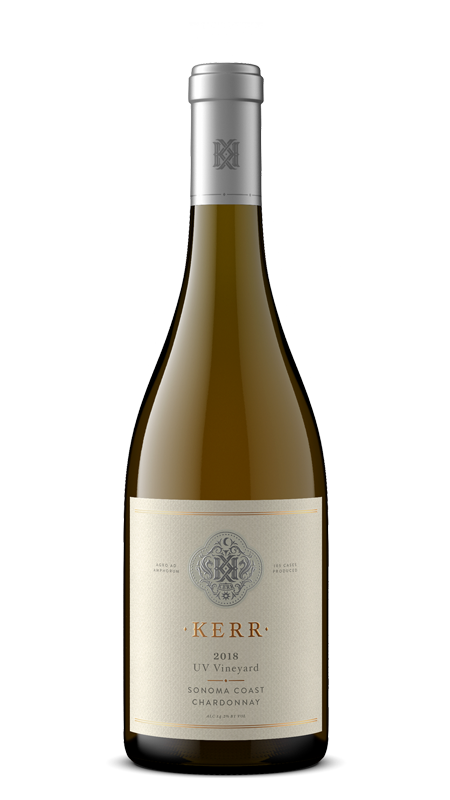 2018 UV Vineyard Chardonnay
Exclusively available to wine club members. Log In or Sign Up to purchase now.
Sold Out 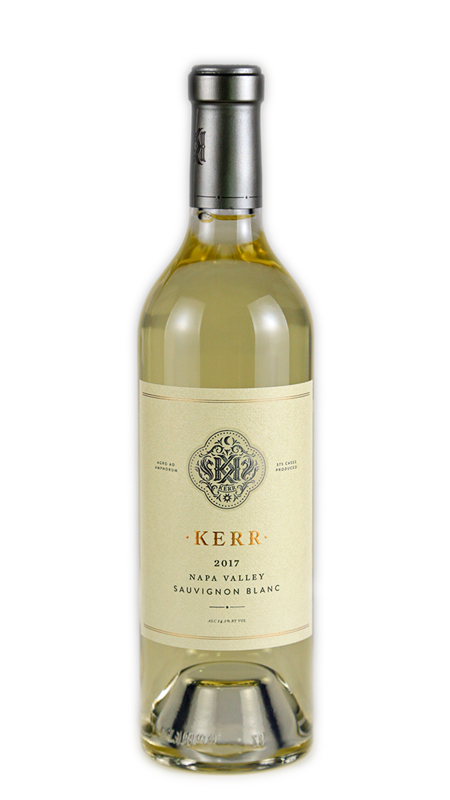 2017 Sauvignon Blanc
Not available for sale - please contact info@kerrcellars.com for questions about this product.
Sold Out

Subscribe to get more information about our exclusive wines and events.